&ldquo;Right now, dance is the genre that's delivering the most interesting experiences"

With his recent appointment as Dance House director, Matti Numminen is making a leap from theatre to dance. Under his tenure, Riihimäki Theatre rose to prominence as one of Finland's most notable creative institutions. In his new post, his focus will be on the international scene, attracting visitors from abroad and showcasing the best in Finland's home-grown talent.

“Right now, dance is the genre that's delivering the most interesting experiences" 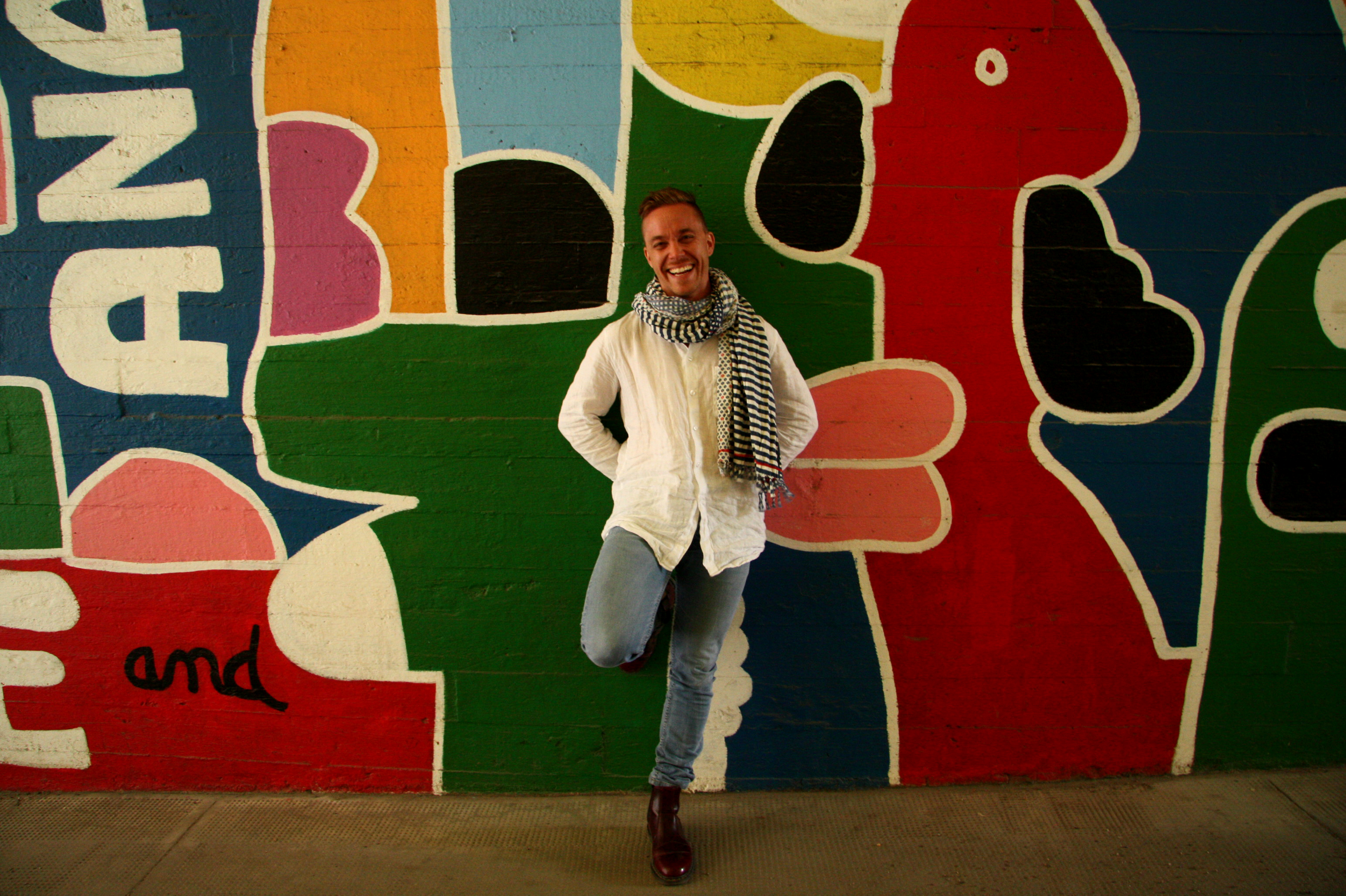 With his recent appointment as Dance House director, Matti Numminen is making a leap from theatre to dance. Under his tenure, Riihimäki Theatre rose to prominence as one of Finland's most notable creative institutions. In his new post, his focus will be on the international scene, attracting visitors from abroad and showcasing the best in Finland's home-grown talent.

Big smile, big drive, big confidence. These are the three things that anyone meeting newly appointed Dance House Helsinki director Matti Numminen will immediately pick up on and remember.

He is utterly excitable, Matti Numminen says of himself, describing his stubbornness as both a virtue and a fault. He has spent the past three or so years at the helm of Riihimäki Theatre, which rose to huge prominence in Finland under his stewardship thanks to the team's unstinting commitment to artistic quality and continued willingness to disrupt creative boundaries.

Come this autumn, he will face a new challenge, as he assumes the leadership post at Helsinki's new Dance House. Finland's first ever dedicated venue for dance, it will be opening its doors in the next couple of years. The expectations, in terms of practitioners, visitor numbers and profile raising, are sky high. Not that Matti Numminen is worried.

“Actually, to be perfectly honest with you, I did nearly fall of my chair when they showed me the visitor targets," he concedes before adding that he is conscious of just how much work there is to be done.

“The targets are based on an entirely realistic set of calculations but for us to deliver on them will take a lot of effort. We will need to design our creative aims and programme accordingly and invest heavily in sales and marketing."

Matti Numminen has worked at Riihimäki Theatre since 2009, first as Producer and for the past three and a half years as Managing Director. During his time there he has sought to open doors to other disciplines, notably dance.

Last year, Dance Theatre Minimi and Riihimäki Theatre launched a new collaboration designed to foster new forms of joint working. The first three-year contract period is set to feature joint productions by Riihimäki Theatre and Minimi as well as visiting performances across a number of other venues.

Matti Numminen is driven by his genuine passion to change the structures that currently govern Finland's performing arts sector.

“The way I look at it is, if you already have resources in place, why would you not share them with others," he explains.

At Riihimäki, this approach has led to artistic residences, where external theatre companies have been able to avail themselves not only of the venue but also of the in-house team's technical and production expertise, leaving them free to invest their grant funding in what really matters – their artistic pursuits.

For Numminen, Dance House Helsinki represents a continuum of this very idea – the organisation's role will be to act as the custodian of resources that the entire Finnish dance scene can, and should, benefit from.

“My expectation is that we will be able to make the Dance House Helsinki into an organisation capable of challenging existing modes of thinking and doing."

Furthermore, he believes that, as very much an outsider and newcomer, he can contribute his very own brand of “stupid" to act as a catalyst for people to question established structures and practices.

“No one is going to reinvent the wheel for the sake of it, but when you do flag things up and call them into question, it invariably sparks off a collective chain of thought that could lead to something entirely new or merely serve to reinforce already existing structures," he argues.

“You can set up a stage anywhere, including a smart phone screen. Although our walls are soon going up, what I want us to be thinking about is how we can add a more democratic and interactive dimension to the audience–performer relationship. We absolutely need to make sure we make the most of what we have but art can't stay stuck indoors. It needs to be made visible in the urban setting," Numminen says.

What really matters to him is that, from the very beginning, the team is conscious of the sort of audience and visitor experience it is delivering.

“When people visit us, I want them to leave with this sense that we've really thought of them. All their interactions with us need to be straightforward and easy. I want them to feel like they're coming home," he says.

In Matti Numminen's vision, the Dance House Helsinki will establish itself as a highly regarded arts institution both in Finland and abroad, capable of raising the profile of Finnish dance culture internationally.

“I will be working very hard to make that happen," he promises.

Another aim is to ensure that the Dance House always leads from the front on values.

For Matti Numminen, value-based leadership also extends to the sort of workplace culture within the sector. The Dance House organisation and all staff must be fully committed and prepared to work hard to help the Finnish dance sector to flourish. What promotes that commitment is good leadership: transparency, careful decision-making and occasional gestures to ensure that all staff feel that they matter.

Numminen's own management ideology is based on dialogue. Leaders must take the time to listen and engage in conversation with all stakeholders. Decisions are made on the basis of information contributed by the participants.

“This does not mean that the Dance House Helsinki will be turning into a talking shop, however. I am the director and that means that I ultimately have the responsibility to make the decisions," he adds emphatically.

Matti Numminen is known as a committed theatre maker – does he have any prior experience of or exposure to dance at all?

“I will say this: as far as I'm concerned, right now dance is the genre that's delivering the most interesting cultural experiences," he says.

Back when he was doing theatre studies at the Lahti adult education college, the curriculum featured weekly acrobatics and contemporary dance lessons. Matti Numminen was so taken with dance as a hobby that he continued to attend classes after moving to Hämeenlinna.

His instructor, Riku Koskinen, encouraged him to apply to pursue formal study at Helsinki's Theatre Academy.

“Riku said that my technique was absolutely terrible but that my flair for improvisation might just see me through," he says with a chuckle.

“I never did apply in the end but I'm finally exacting my revenge now. And in this post I'll definitely be making the most of those improvisational skills."

Tanssin talo is the main collaborator of Ice Hot Nordic Dance 2022 - The call for applications is open!

Ideas for the programme? Have a chat with us!

Free studio hours for dance makers during the pandemic spring - book your session!

You dance yourself? Subscribe to our newsletter for the dance community.