New rules for The Canteen 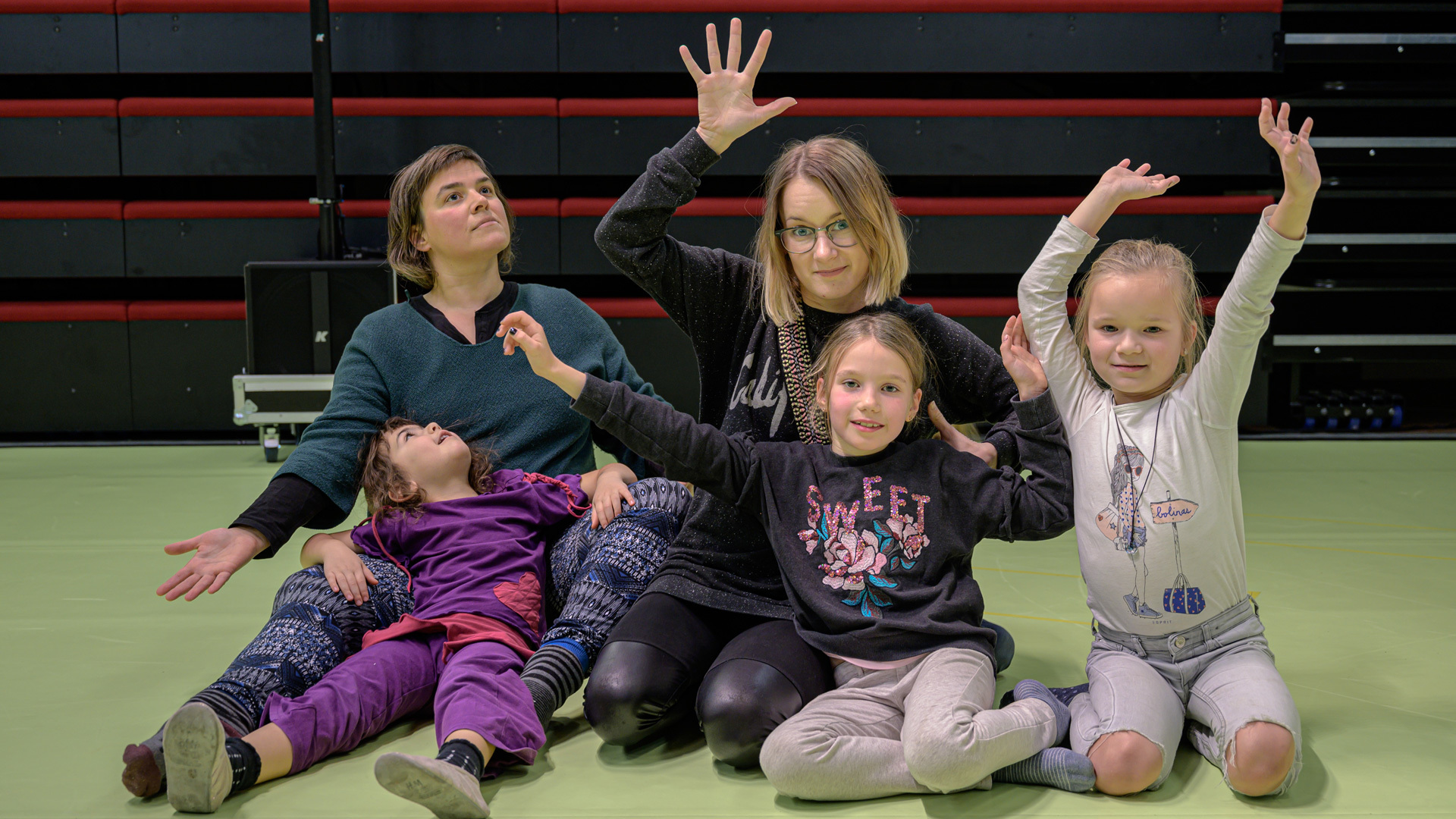 “Walking in line, holding trays in your hands, is one of the standard patterns related to eating in a canteen. Actually, it is like the children's game Ã¢â‚¬Ëœfollow-the-leader'. We wanted to utilise this symbolic and fairly disciplined activity in the performance – lighten it and create a collective game based on it," says choreographer Björn Säfsten.

The Matsalen performance, targeted at school-aged children and young people, explores, through participation, the habits and behaviour patterns that relate to eating. The performance is inspired by rules and norms, objects and things related to the canteen, the ways of behaving and everyone's personal memories. However, moving together with the performers, we create new rules for the canteen.

“In the performance, children can move in ways that are not usually permitted for them in the school yard. For instance, the pompous walk experimented with in the performance is often easy for boys, whereas carrying a tray in a feminine way feels more awkward. By crossing these borders, we can question gender roles, for example" explains Säfsten.

Cvijeta, who followed the performance with her daughter Aili, says that moving together made it easy to get involved in the performance: “Moving made it easier to join in the story and created an image of a totally different situation."

Choreographer Säfsten says he wants to play with the relationship between performers and the audience.

“I often want to change the agreement with the audience in my performances. And break the presuppositions relating to viewing and experiencing the performance. The glasses through which the viewer sees the performance influence the viewer's experience."

“The best thing was to be part of the performance"

The Matsalen (Canteen) was seen six times in a week in Annantalo Arts Centre. Säfsten praises the audiences consisting of schoolchildren: “It is great how the children comment on the performance, participate in it and suggest various movements. Their curiosity and ability to immerse themselves in the personal experience is admirable. Here in Helsinki, the schoolchildren behaved really well, they were extremely focussed and worked together outstandingly. We shared a joke in the working group, that we got a taste of the Finnish school, the best in the world."

Saaga and Silja, schoolgirls who participated in the performance, said that it was great fun. They were delighted by the food reflected on the trays and the movements reminding of eating or food among others. In both girls' opinion, the best thing was, as Silja put it, Ã¢â‚¬Ëœto be involved in the performance myself'.

Pirjo, who followed the performance with Saaga and Silja, is glad about the fact that contemporary dance is made also on the basis of topics accessible to children. “The performance need not be about the immaturity of humans or another abstract subject. It is important to stage low-threshold performances as well."

The Matsalen (Canteen) performance for families and the related workshop for dance professionals were organised in collaboration by Annantalo Arts Centre and Dance House Helsinki. Programme Manager Mikael Aaltonen says that the cooperation has given some valuable experience that can be utilized in the planning of Dance House Helsinki's future activities.

“For us it is important that Dance House Helsinki is able to address and reach all age groups. The cooperation with Annantalo Arts Centre offers us the opportunity to pilot working with young audiences while accumulating information of how similar activities can play a role in Dance House Helsinki."

Tanssin talo is the main collaborator of Ice Hot Nordic Dance 2022 - The call for applications is open!

Ideas for the programme? Have a chat with us!

Free studio hours for dance makers during the pandemic spring - book your session!

You dance yourself? Subscribe to our newsletter for the dance community.